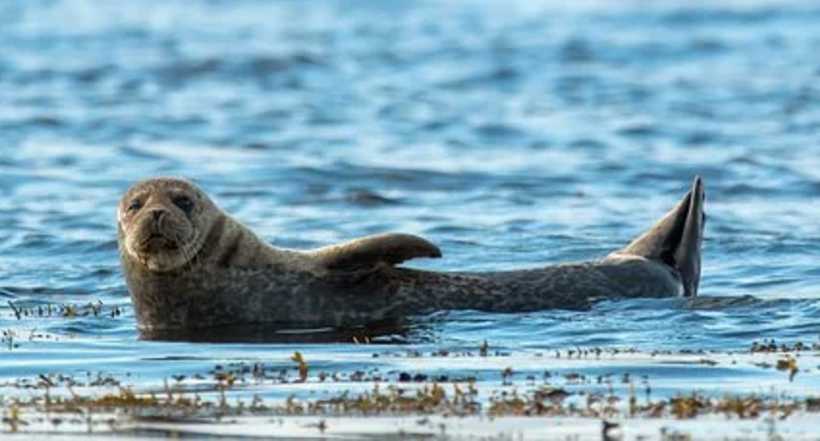 In 2020, all of our pelagic vessels were equipped with escape panels within our fishing nets to prevent bycatch of seals. North Atlantic Fishing Company worked with net-makers to design a fishing net with an escape panel so that should a seal accidentally swims into the net, it can escape again. The panel was satisfactorily tested in 2020 during different seasons and in varying fishing areas.

Recent research shows that seal, porpoise and dolphin numbers are increasing. In November 2020, a study was published showing that the porpoise population in the North Sea increased seven-fold between 1991 and 2019. Seal populations also increased substantially. For example, the number of grey seals in the North Sea has more than tripled in the last 25 years. This increase is a recent development, as the number of seals, porpoises and dolphins in the North Sea and surrounding Western European waters were still in decline in the last decades of the last century.

A logical consequence of this rise of marine mammals is an increased likelihood of a dolphin or seal inadvertently ending up in a fishing vessel’s net. In recent years, the fishing industry has launched several trials to prevent this from happening. For example, in 2019 we were actively involved in a trial with the Pelagic Freezer-trawler Association (PFA) involving the use of pingers to prevent dolphin bycatch. Pingers are devices that are attached to the fishing net and produce a sound that scares off dolphins. A new generation of pingers have been in use as a preventive measure since March 2020, not just on our vessels, but on all vessels owned by members of the PFA.

In addition, in 2020 we conducted research under the guidance of a scientist from the PFA into ways to prevent bycatch of seals and other marine mammals. Adding an escape panel to the fishing net promised a solution. This development drew on the vast experiences already practiced in the use of escape panels in North-West African waters. We have further developed and tested these panels in conjunction with area net-makers. Talks were held with government policy makers to ensure that it was permissible to test and commission the adapted nets under existing fisheries regulations. Approval was received and the escape panels have now been implemented throughout our fleet.