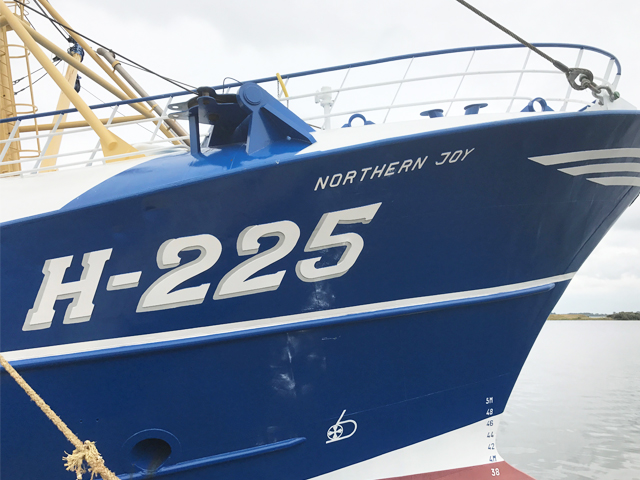 With an estimated 12.7 million tonnes of plastic entering our oceans each year – the equivalent of one truckload of rubbish per minute – and experts predicting that there will be more plastic than fish in the ocean by 2050, North Atlantic Fishing Company has pledged to contribute to the clean-up of the plastic polluting our seas.

North Atlantic’s fishing boat, the Northern Joy H-225, has committed itself to the Fishing for Litter scheme, which aims to reduce marine litter by involving one of the key stakeholders in marine welfare, the fishing industry. The initiative ensures vessels have large bags to collect the plastics, ghost gear and other debris that gathers in their nets during normal fishing activities.

When the fishing boats come into port, they can unload the bags of litter. These bags are collected regularly and the rubbish is recycled or disposed of on land. All the fishermen who participate in the project are volunteers, out at sea removing rubbish from the ocean on a daily basis.

Launched in 2004 in a small port in the Netherlands, the Fishing for Litter programme now operates across seven European countries. Between 2016-2017, there was a total of 470 tonnes of ocean plastic collected by fishermen and there are now 989 vessels participating in the ocean clean up.